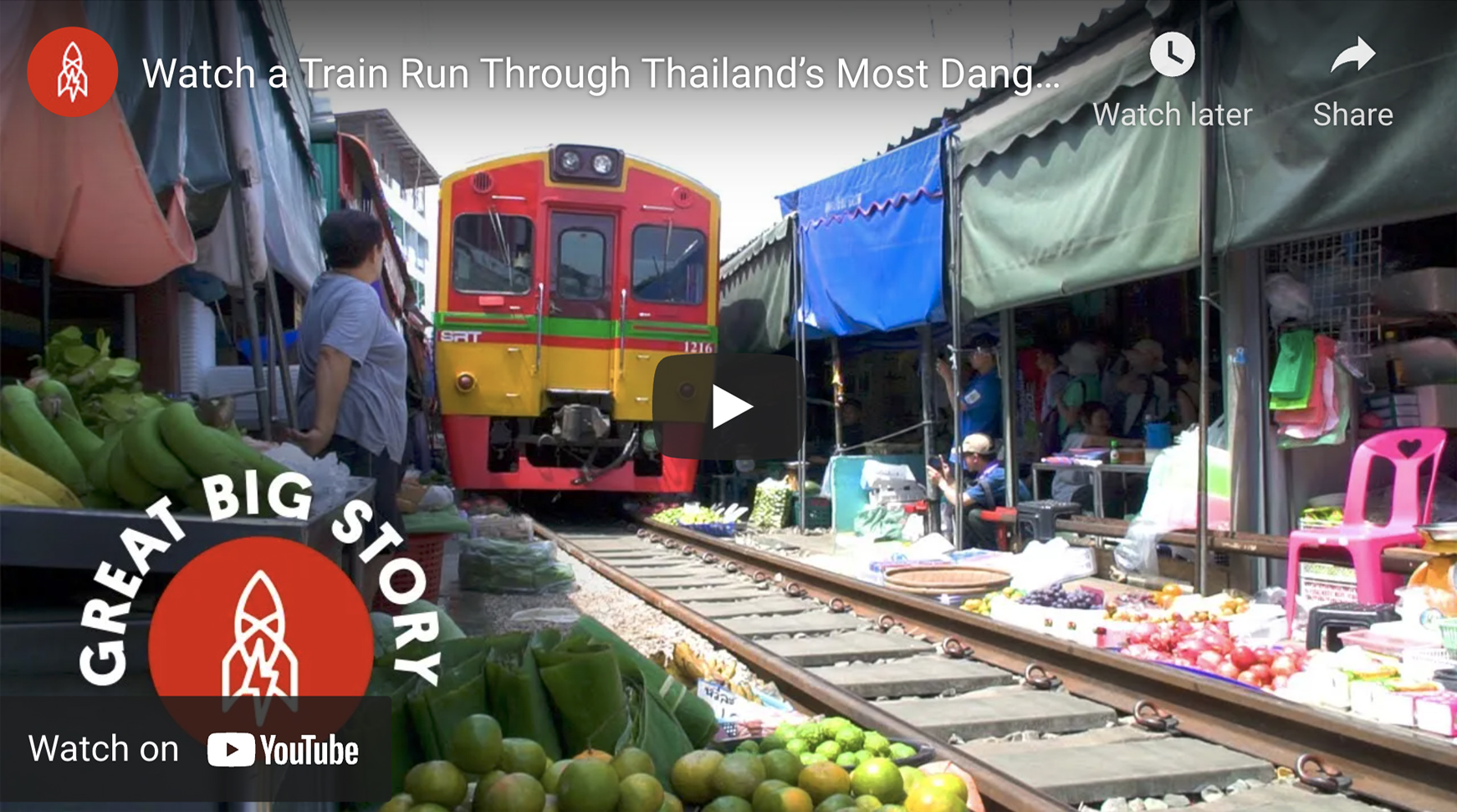 Watch a train run through Thailand’s most dangerous market! In Samut Songkhram, about an hour outside Bangkok, is Maeklong Railway Market, one of the largest produce and seafood markets in Thailand. But beyond the selection of fresh fruit and fish, the market has become infamous for one thing—the train that runs directly through it. In 1905, the Maeklong Railway built a commuter train line through the center of the popular market. But rather than move, the vendors adapted to the new conditions, working around the train that passes through eight times a day, seven days a week.